ATLANTA—Pringles wanted to hold a Web-based “Jingles for Pringles,” contest promoting its snack chips back in March. Rather than build a site from scratch, however, it turned to Atlanta’s ViTrue. “It was wonderful to connect with a video service provider that had an out-of-the-box solution that fit our needs,” said Pringles exec Sonyetta Anderson at the time.

Founded in April 2006 by serial entrepreneur Reggie Bradford, perhaps best known for his involvement with Web MD, ViTrue sells products that companies use to engage customers with their brands using brand-approved video, music, graphics and consumer-created content. One way companies can use the products is to create contests such as the “Jingles for Pringles” one, where consumers create videos of themselves singing their entry. (You can see the results at www.jinglesforpringles.com).

The company’s products, Bradford says, “also allow consumers to create videos, photos, stories, and soundtracts by playing with brand contributed content.” That means consumers do not need a camera or anything else other than a computer and Internet connection to participate, Bradford explains.

Essentially, the consumer takes video, sound and other elements contributed by the brand and creates his own mashup.

The Youtube of brands
“It’s Youtube for brands. We’re entering this era where consumers want to participate with brands,” Bradford says. “It’s social media. We’re in the forefront of helping companies develop that relationship between consumers and their brands.”

Its products include other Web 2.0 social networking features as well, allowing users to rate videos, blog, and interact.

Another important point, Bradford adds, is that the products scale so they can handle the types of traffic surges that crash servers. “This can handle the largest media properties in the world,” he says.

B round in the works
The company currently has about 20 customers after only 15 months in business. “Some major deals are coming up,” Bradford says. “We’re focused on the biggest media companies and brands. It’s a self-select model. We want to associate ourselves with the right sort of companies. But next year we’ll expand to hundreds of customers and many more beyond that.”

The company has raised about $8 million in venture backing so far from General Catalyst, Comcast and Turner and angel backing from Ron Conway, who was an initial investor in Google, Facebook and a number of other successful startups. The company is currently raising a B round and Bradford says, “We’ve seen substantial interest from parties interested in the next phase and we’re exploring those.”

Bradford, 40, now on his third startup, says, “I used to be the kid, but I’ve become a veteran.” He says the biggest difference he sees in the current environment compared to that of the Internet boom years is that “There is a real separation of the chaff from the wheat. Today’s focus on the Internet is the solving of real business problems.

“When I first became involved in 1998 it was really more hype. Business problems were not being solved. It was mostly aimed at consumers. Today we’re seeing real opportunities uncovered you didn’t see ten years ago.

“That doesn’t mean there isn’t a lot of money being thrown at a lot of business plans, including the white hot video space, and a lot of them are not going to make it. But there is a more discerning investment community looking for companies on a trajectory to become a big business.”

Also, today, Bradford says, “You don’t need as much money to build a businees. Entrepreneurs and investors don’t have to put as much cash at risk.”

Bradford says ViTrue is already pulling in revenue through upfront licensing fees and fees based on the number of videos uploaded to a site it makes. “We’re moving toward more of an advertising model,” he adds. 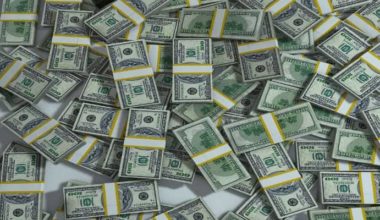 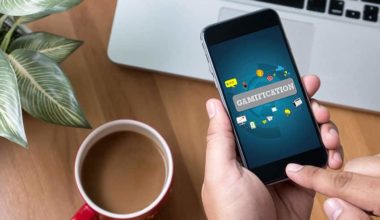 Read More
Way back in the late 1980s, I wrote an article for Science Digest magazine about the US Army’s…