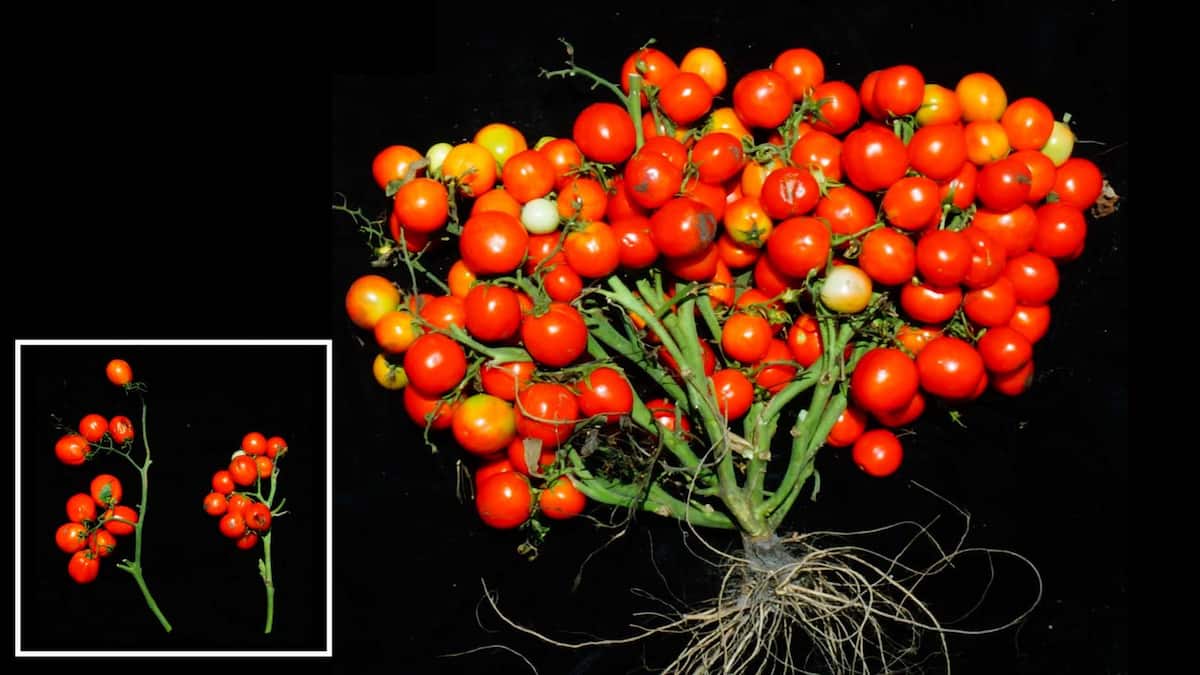 WINSTON-SALEM, NC – As fat summer tomatoes dangle in profusion from vines in gardens and farms across the country, researchers at Wake Forest University are looking for a way to make future harvests hold up better against drought or lack of nutrients.

But the tomatoes these researchers study, with names like Never Ripe and Green Ripe, are mutants that will never achieve that wonderful red that makes a perfect summer meal for many foodies.

That’s because Gloria K. Muday, Ph.D., a biology professor at Wake Forest, isn’t after a better fruit, at least not yet. She’s after a better root system.”If we can encourage tomato plants to form deeper root systems, those plants will be able to take in more water and pick up food more effectively,” Muday said.

And that could mean a more reliable harvest for farmers and backyard gardeners alike.

The key, Muday said, is the relationship between the hormones auxin, a root growth stimulator, and ethylene, which is critical for the ripening of tomatoes, but which also influences the growth promoting effects of auxin.

Muday and her colleagues have discovered that ethylene also alters the development of root systems in tomatoes.
In research appearing in The Plant Journal, a peer-reviewed publication, Muday found that, in mutant tomatoes, ethylene limited lateral root growth; lateral roots form horizontally off the primary root to better anchor the plant in the soil. However, ethylene appeared to encourage root growth along stems and branches.

Pinpointing why ethylene has this effect can help plant biologists devise a plan for breeding or engineering tomato plants that grow more extensive root systems that can thrive despite dry conditions or lack of nutrients.
For the next step in this line of research, Muday is looking at other substances, including flavonoids, and how they influence hormones that stimulate root growth in tomatoes.

But for these experiments, she can savor the deeper colors of summer-ripe tomatoes, many of them heirloom varieties.

“There are all sorts of heirloom tomatoes – brown, purple, black – and we’re growing them now,” Muday said. “We’ll see how many of these compounds they make and how that effects the root development.”

The research is funded by the U.S. Department of Agriculture.