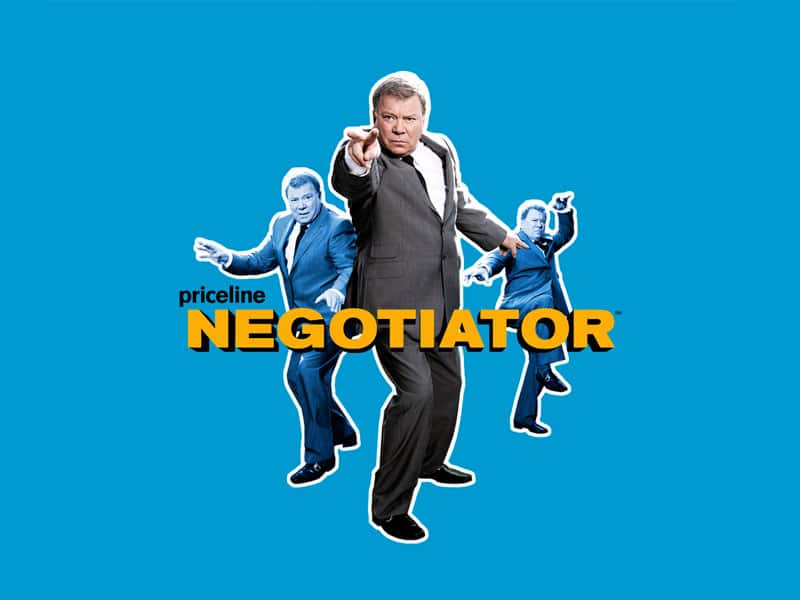 Priceline to kill off Shatner’s “Negotiator” in new ad campaign

Priceline says it will kill off its popular “Priceline Negotiator” character played by William Shatner, who also portrayed Capt. Kirk in “Star Trek,” among many other roles.

Shatner has been priceline.com’s celebrity spokesman for 14 years, and remains under contract to the company.  He first stepped into the role of The Negotiator in 2007.

“The Priceline Negotiator has become very strongly associated with the priceline.com brand and the concept of negotiating to get a deal on a hotel room,” said Brett Keller, priceline.com’s Chief Marketing Officer.

“However, priceline.com customers don’t have to negotiate themselves to get a deal.  Without bidding, they can choose from over 200,000 quality hotels around the world, with thousands of them on sale every day at rates we’ve negotiated for them.  In fact, in the past three years, priceline.com has more than tripled the number of hotels available through our published-price hotel service.”

Keller continued, “We felt it was necessary to go to extremes to grab the attention of every consumer in America and drive home the message that you don’t have to negotiate to save money on a hotel at priceline.com.  We know that The Negotiator has a lot of fans, and we hope that everyone understands this was something that just had to be done.”

The new campaign opens with The Negotiator coming to the rescue of a family whose bus is teetering on a bridge.  Heroically,The Negotiator manages to get them safely off the bus – and find a hotel for the night.  But The Negotiator himself is unable to exit the bus before it plunges off the bridge.  Future spots in the campaign explore the aftermath of the crash.

Read More
A new survey conducted by Forester Consulting for BMC Software found increasing tension between business and IT stakeholders. The survey,…
SSoftwareTech