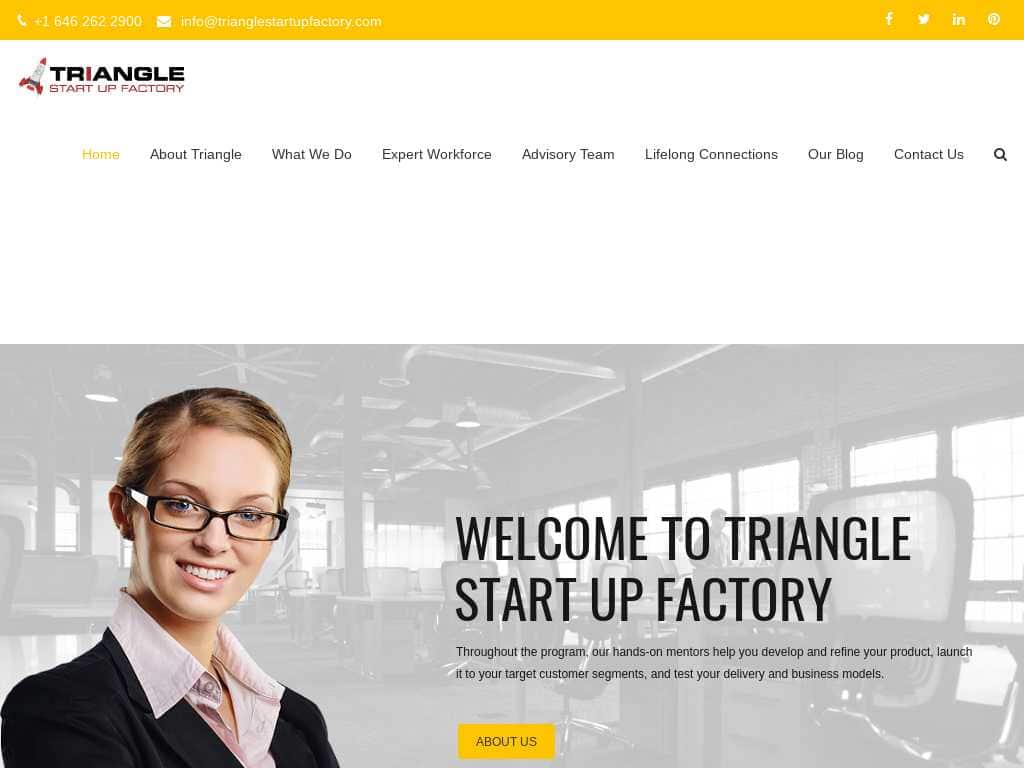 Back in March, when I wrote about the five companies that had been selected for the first class of Triangle Startup Factory, my theme was that in the startup world, nothing happens overnight. It took a long three years and some pivoting to get TSF to the place it is now, and each of the companies, for the most part, had been in the trenches for a while.

Today, those five — Archive Social, RxAnalytics, Arcametrics, Ruzuku, Berst, plus late arrival Entasso will hop on stage in Bay 7 of American Tobacco and show you, and a number of potential investors, what they’ve created. Five of the six will ask for money (not from you, you’re cool).

Half of the Factory

I sat down with half of the TSF management team this week — serial CEO, board member, advisor, and mentor Dave Neal — to talk about the class, the semester, and what everyone learned.

Dave sees the pros and cons of the Triangle as a startup hub. The pros are many, and they start with the ideas, which are big, and extend to the talent pool, which is vast. The cons are few and, played right, can be strengths.

The Who and Where

We talked about the class. It’s a class with lots of potential. Having known Anil from Archive Social and Rick and Abe from Ruzuku for a while, and having met Alison from Entasso and Deepak from RxAnalytics shortly before they were selected, I can honestly and definitely say that they started with a great group of entrepreneurs.

We talked about the geography. TSF got a very diverse group of applicants for their first run, and even so, the strength of the RTP led to five of the six being local, with Berst coming down from Chicago.

Dave had a blast, and from what I’ve heard, everyone involved got a lot out of the time they spent at the Factory, from the speakers to the advisors and so on. Dave has been involved in angel-backed, VC-backed, and bootstrapped startups, as well as advising some 18-24 companies over the last two years, so for him, being on the other side of the table was eye-opening

I asked him if he’d do anything differently the next time around. He mentioned the application process and changing a few things there. Some of that is already in place – for example, there was no early application process last cycle, so when this cycle’s early application period ended on May 31, TSF found they had a healthy amount of startups already. The final deadline is June 30th, so there will be several more, if not many.

He also talked about amping up the feedback. Like the process any god startup goes through, there’s usually a great deal of feedback and learning and testing and adapting up front, then a heads down period for execution. TSF startups went through much the same process Dave sees feedback being applied to the teams more strongly and through the entire session for the next run.

Obviously, today’s festivities are big, and there will be a lot of follow up for the teams, but they aren’t getting tossed out of the nest tomorrow. All six plan to stay in the TSF space in the Underground until the next cycle begins on August 27th, as the TSF directors provide more connections, more mentoring, and more advisement to the teams in their next crucial fund-raising stage.

TSF has established itself now with two programs per year and a financial offering that ranks in the top four nationwide, but Dave and Chris know they’re not done, not by a long shot. What happens with these startups over the next three months, even the next three years, will reflect on TSF and the validity of its program.

Dave knows this, and he’s tweaking while he extends that runway, even as they ramp up for the next class.

Half of American adults 65 & older are now online