3D Printing and its Place in the New Industrial Revolution

It started in science fiction in the forties and fifties.  Now our homes and cars are full of its diverse productions.  We can see it, feel it, wear it and even eat it.  Many of us are now walking around with bits of it inside our bodies, from hip replacements to false teeth (yes, you can even get a 3D printer for dentures).

Role of 3D Printing in the Industrial Revolution

In Wales in 2014, doctors even used it to reconstruct a face of a man who had been seriously injured in a motorcycle accident.  Researchers are currently developing the capability to create heart valves using the patient’s own cells as the building material. This is seen by many as a precursor to being able to recreate entire organs and body parts, as perfect copies of an individual’s own organs in the event that they should fail.

Yes, 3D printing has come of age and to many of its exponents, there really is no job, great or small that it cannot tackle.

Of course, the idea of creating something with substance and form is nothing new.  The original creators of the Great Pyramids, the Easter Island sculptures and Stonehenge, must all have started from an initial concept in someone’s mid.  May be transcribed first onto a clay tablet or parchment the idea had to be transformed into a three-dimensional form by hewing out great chunks of stone from a nearby quarry and whittling them into shape.

As we wander around some of these ancient sites today, we probably take that all for granted, with little thought to the immensity of the task undertaken from initial concept to completion.  But that creative desire, to have an idea and bring it into reality has remained a central feature of the human spirit.  It has given us the Taj Mahal, the Great Wall of China, Mount Rushmore and WWE bobble heads!

3D printing is one of a number of technologies that comes under the umbrella term of “Additive Manufacturing” (AM). The term here refers to those manufacturing technologies that create products or components by the of processes that add materials together.  This is in contrast to “Subtractive Manufacturing”, (SM), whereby machining processes, such as cutting, turning and milling, are employed to remove or “subtract” material from an initial form and to shape and transform it into a new form. Initially, the term 3D printing was considered, at least in popular culture, to refer to low-cost machines for the production of protypes and development models and home educational use.  However, when one considers the term in the wider industrial framework of Additive Manufacturing, we realise that 3D printing has become a general tern encompassing a wide range of additive processes from selective laser melting to electron-beam additive manufacturing.  As such it has become a vital tool in many manufacturing industries, from medical prosthetics to the aerospace industry.

A prime example is that of aerospace giant, The Boeing Corporation, which is currently employing the use of 3D printing technologies to accelerate the manufacture and deployment of a Wideband Global SATCOM or ‘WGS’ satellite for the US Space Force which is recently established.

Boeing is working on a contract to build the US Space Force’s next-gen WGS-11+, a system with much greater than its predecessors. By utilising 3D printing processes into the project’s production workflow, Boeing hope to pull the $600 million contract’s lead-time back from its forecast ten years to a mere five.  A dazzling demonstration of the huge impact that such innovative technology can have on production costs and delivery times.

Boeing are printing more than a thousand parts for WGS-11+, giving them the capability to incorporate customization in a way that improves overall system performance, without the added expense and time involved in customized tooling In such time sensitive projects, this increase in the speed and efficiency of the whole production process translates into giving customers a real competitive edge over the opposition, whether they be commercial interests or national.

Col. Matt Spencer, of the US Space Force stated.  Boeing creates a new competitive edge on the battlefield. It’s able to in­­­­­tegrate commercial technology into our infrastructure.

Boeing’s investment in 3D printing technologies is testament to its potential impact on the whole aerospace industry. Many other manufacturers and end users have been investigating its ability to bring down production costs and lead times.

In 2015, a Royal Air Force Eurofighter Typhoon fighter jet flew with printed parts and in 2017 it started utilising 3D printed parts for their fleet of Tornado jets. It is believed that such developments have saved the RAF millions of pounds over the past five tears. One area where 3D printing technologies have had a real impact of peoples’ lives is in the health sector. Since the 1990s, surgeons have used 3D printing to create realistic anatomical models while preparing for reconstructive surgery.  It was only natural that such modelling would progress on the manufacturing of the tailor-made implants themselves.  Modern scanning technology has allowed surgeons to map the remaining bone structure and create perfect replicas and bridges to fit the patient’s own features.

One of the most promising areas in the health sector for the continued development of 3D printing technology appears to be in the dental and hearing aid industries.

Dentures have been around since the seventh century B.C.E., when the Etruscans in Northern Italy fashioned them out of human and animal teeth held together in settings of gold.  They have also been made out of wood, ivory, animal horn, soapstone, porcelain, and acrylic.

The BDA Museum in London boasts a number of sets of ‘Waterloo’ teeth in its extensive collection, so called because they were scavenged from the dead bodies of soldiers from the battle of Waterloo.  These teeth were still being advertised in the 1860s, but this time they came from the battlefields of the American Civil War.

With modern advancements including intraoral scanners, specialized dental CAD software, and 3d printing technology, it is now possible to create dentures quickly and far more cost effectively without even the need leave the surgery, never mind scour the world’s battlefields.  The same technologies can also be applied to many other dental treatments such as aligners, guides, nightguards, bridges and crowns with corresponding reductions in time and costs.

From the tiniest components used in micro engineering, to the construction of buildings, aeroplanes and ships, 3D printing is writing its own chapter in the new industrial revolution.  The question is not, “What can we print?  It is “What can’t we print?”

How to Safeguard Your Bank from Cyberattacks 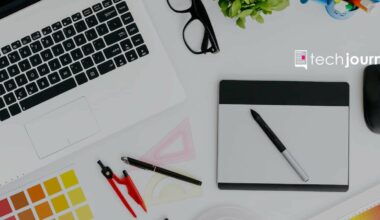 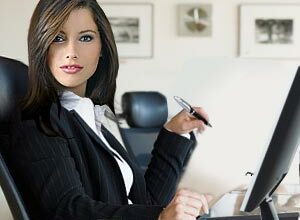