A designer is nothing without their tools. And today, most (if not all) of these tools come in the form of software.

But which apps are truly worth your time? Which of them are better for beginners like you – and which ones are in demand, too? Don’t worry, you’re in the right place: below, you’ll find a list of the best software tools for a beginner designer.

A friendly warning, though: learning to use any of these tools will take some time. So, if you don’t have it, make it! Offload your homework to EssayPro.com if you’re still a student or find another way to carve out more free time. And then, once you’re ready, start tinkering with one or several of the following eight tools! Let’s kick off this list with the king of raster graphics: Photoshop. It is the industry’s standard, and that’s no overstatement. This makes it a must-have to master if you want to ever land a job in this creative industry.

Photoshop has limited vector capabilities, so it’s mainly used for retouching, editing photos, creating collages, and digital drawing. So, whether you’re just a hobbyist or a beginner designer interested in any of those fields, this is the software you should tinker with the most.

If you want to get into vector design, Illustrator is the tool for you. Just to make sure everyone’s on the same page, vectors are scalable without any loss in quality. So, they’re used for creating illustrations, logo design, and more.

Illustrator is the de-facto standard tool for vector graphics. And it’s not without reason: this software comes with more than just the pen tool. There are features for turning data into charts, embedding raster images, and adding 3D effects, to name a few.

If Adobe is the king of design, CorelDRAW is the queen, then. It’s the second most-in-demand tool among professionals and employers alike.

This suite is well-packed: it comes with seven apps, including one for raster image editing (Corel PHOTO-PAINT) and one for working with vector graphics (CorelDRAW itself). And in terms of functionality, CorelDRAW is as powerful as its Adobe counterpart.

Tip. CorelDRAW also offers a web-based version of the vector graphics tool. It’s not inferior to the desktop in any way, and it costs $99 per year – so it can be a good bargain for you.

If you’ve always wanted to create printed and digital books, magazines, flyers, and reports, this is the tool for you. InDesign is meant to make creating these types of media easier – and it does that well.

How? This software comes with layout templates, elements, and a set of features that’s just right. There’s also an advanced typography toolkit tweaked specifically for working with magazines and books. And on top of that, you can create interactive files for online viewing! If you don’t feel like paying a subscription fee to Adobe every month (or spending several hundred dollars on a one-time CorelDRAW purchase), there’s software for you. Affinity Designer allows you to work with both vectors and raster images – all you need to do is switch between vector-only and vector and raster modes.

Affinity Designer doesn’t lag behind Adobe in terms of features, either. You’ll have advanced grids, guides, contour tools, and vector tool sets. What’s more, you won’t have to worry about compatibility issues: this software allows you to with the .ai and .psd files.

Looking for a free tool that’s more advanced than Canva and more user-friendly than Inkscape or GIMP? Look no more! Figma is a favorite among designers of all kinds, although it started as a tool for UI/UX and web designers originally.

Now, some even use it to keep track of their to-do lists, and some teams manage their projects there. The main strength of Figma, however, doesn’t lie in its pricing – it lies in its templates and collaborative potential. With Figma, it’s easy to work on a project together – and you don’t have to start it from scratch, either.

Of course, Adobe couldn’t ignore the rising need for UI/UX wireframing and prototyping tools. So, the company rolled out Adobe XD in 2017. Now, it’s one of the most popular tools among UI/UX designers. If you’ve heard anything about the web designer’s toolkit needed for landing a job, this app’s name must’ve come up. Sketch has been around since 2010, and it’s revered by professionals for how much it facilitates every single process.

For one, Sketch allows making universal changes to a prototype – a must-have for consistent interface design. Plus, there’s a plethora of third-party integrations you can take advantage of to make your work easier. There’s just one downside, though: you can’t use Sketch if you don’t have a Mac.

You might’ve noticed that the tools on this list are the ones used by professional designers in their everyday work. So, you might be wondering: how can you be expected to kick off your design journey with them?

Don’t worry about these tools being used by professionals. If you want to become one yourself someday, there’s no better way to do it than by learning to use the same tools from the get-go.

Yes, the interface may overwhelm you at first. You won’t know what to do with this or that feature. You will struggle with turning the image in your head into a graphic in the app. And you may get annoyed, desperate, or ready to give up because of that.

But don’t! Everyone has to go through this learning curve. So, while you’re at it, remember: there’s no better way to learn design than by actually doing it!

Why Do We Need Web Hosting? How To Start A New Website?

How to Hire Employees for Your Business: 4 Great Tips 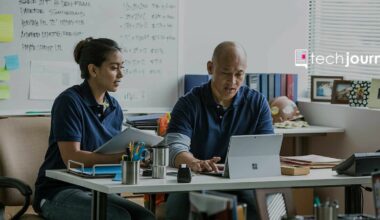 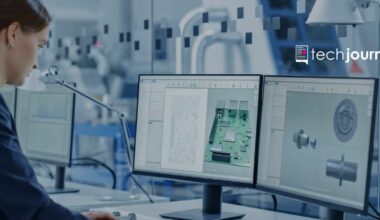 Read More
Table of Contents Hide What Is 3D Modeling?What Is The Purpose Of 3D Modeling?Common Mistakes To AvoidMisusing N-gons…