Millions of businesses and individuals rely on telecom software, which is supposed to handle heavy bandwidth loads quickly while guaranteeing data integrity. Since telecommunication networks are a crucial component of the larger global market, it is essential to confirm that the software supplied by telecommunications businesses is functional before it is used. The burden of comprehensive telecom testing solutions is far more significant than average because market worries regarding reliability would destroy any telecom’s worth. How is this testing done, and how can businesses ensure that their products function as expected? Continue reading to discover more about the steps required in E2E testing telecom software. End-to-end testing(E2E) is a software testing protocol that involves integrating the software with external interfaces and validating the entire piece of software from beginning to end. End-to-end testing aims to simulate a whole production situation while checking the total amount of software for dependencies, data integrity, and connectivity with other systems, interfaces, and databases.

It checks batch/data processing from various upstream/downstream systems and the software system. Hence, “End-to-End” is the name. End-to-end testing is often carried out following procedure and functional testing. It uses test environments and data from actual production to replicate real-time conditions. Chain testing is another name for E2E testing.

The Purpose of E2E Testing in Telecom

As the rollout of 5G picks up speed, telcos must ensure that their networks can accommodate the multitude of use cases that the new technology will make possible. An application flow is tested from beginning to end using the software testing process known as end-to-end (E2E) testing. Service providers can use it to simulate end-user scenarios and ensure their products can withstand heavy demand. This is especially crucial in the telecom sector, where providers are typically expected to ensure that massive amounts of data are delivered in real-time without undue lag or errors.

The primary goals of telco testing solutions are to replicate real user scenarios and ensure that the system being tested and its components work together correctly and maintain data integrity. It is frequently used as a test method to ensure that telecom software operates flawlessly from sender to receiver at every step of the call-making process.

Protocol testing ensures that various software components communicate and receive data accurately per a specified protocol. Several protocols are available for telecom software that are tailored to particular network segments. Examining how data is handled across these various protocols is part of protocol testing.

Data accuracy, latency, and bandwidth are usually tested when a protocol is being tested. Testing for accuracy and latency ensures that data arrives on time without being lost. The number of packets that can be delivered and received per second is calculated during a bandwidth test. Imagine you are launching a significant update to your VoLTE service. End-to-end testing is designed with user functions and conditions in mind. Thus service verification for this feature will be tailored to the various situations in which end users would try to use your network—making calls across multiple devices, in various locations, and with different outcomes.

As a result, you must assess the success or failure of calls on a variety of end-user devices and a wide range of potential call-related actions:

This list should cover most of the procedures that need to be checked from the standpoint of voice-only calling. From there, the same reasoning would result in a comparable range of voice and video calling options.

To reduce the possibility that any user may experience service failures, which would also need to be confirmed across all of the different devices end-users might be using to access the network.

Generally speaking, it should be pretty simple to identify whether the functionality is successful or unsuccessful. However, for certain people, it’s essential to know whether a call was successful and whether it complied with the basic requirements for voice quality.

Although you can assess this following your criteria (which ideally have some support in customer data), a decent place to start would be to gauge the jitter, latency, and packet loss and attempt to maintain them there. Your standards may need to adjust as customer expectations evolve.

The constant data transfer between several software components and protocols makes integration testing essential for telecom applications. Software that functions independently may not create faults when integrated as a part of a broader process, so integration testing examines the interactions between these many components.

Both “big bang” testing and gradual testing can be used to accomplish integration testing. Big bang testing encourages connecting and testing each component as a whole. Although this method is quicker for smaller systems and increases the possibility that faults will be noticed, debugging problems are made more difficult by the more opaque relationships between components. Before gradually integrating and testing more components over time, incremental testing entails testing a small number of logically connected components first. A top-down and bottom-up strategy can be used first to test the higher-level and lower-level components. Despite taking longer, this method makes it simpler to identify precisely where and when problems occur.

Choosing a solid and developed telecom automation testing tool is essential since it directs the design and organization of the complete test suite. E2E testing ought to be used following the completion of tests on individual components. When examining errors found during E2E testing, testers know that each particular element has already been tested. This is because E2E testing looks extremely broadly at how a telecom network is used, making it challenging to localize specific problems.

Parallel and continuous testing can be combined thanks to automated testing. These testing methods enable the execution of a much larger number of tests and can aid in creating and upkeep regression test suites. Adopting processes that reduce testing downtime and parallelize test execution helps to perform more testing in the same amount of time. Large test suites may become highly expensive to maintain and timely to run. Thus adopting these practices helps to reduce these costs.

Why Is It Essential To Invest In Digital Marketing For Your Cannabis Business? 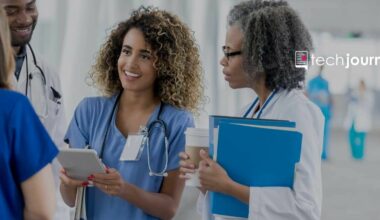 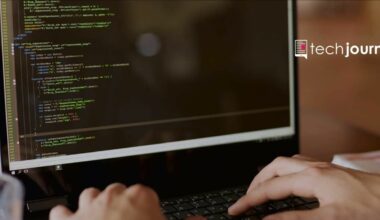