Does The Question “How Many Transistors In A CPU” Matter These Days?

As someone who might be looking into doing graphic design, video editing, or streaming you may think that a good GPU with the rest being decent should do. Well, here we’ll go in-depth as to how the CPU works, how it came to work, how many transistors in a CPU, and the best options for different types of work. If you’re here to find out how to make a CPU or how to make a transistor or the difference between NPN and PNP transistor, then this article won’t do you any good. Here we will only go over the history of CPUs, the roles of transistors, advancements, and some of the best CPUs if you are working in the field of media.

How Did Modern CPUs Come To Be? 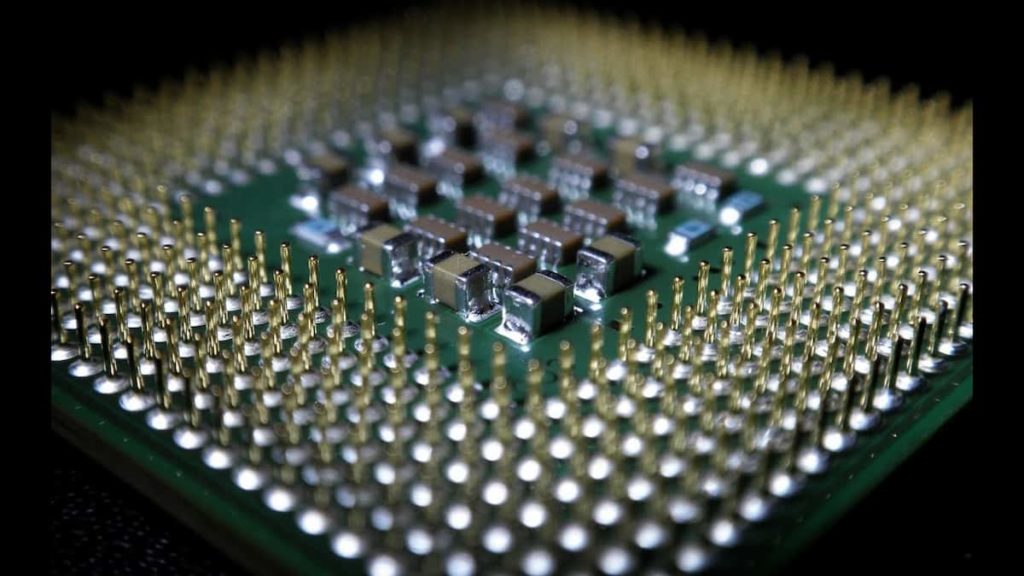 A CPU is sometimes referred to as a central processor or simply a processor. It is an electronic circuit that gives instructions to be executed by a computer program. The CPU mainly does arithmetic and logic to control input and output operations as per the request of the program. This task is solely done by the CPU with RAM or the memory assisting. There are specialized processors known as GPUs that perform more specific tasks.

The way CPUs look, their advertising and buzz words, and other such things have changed over the years. In the end, the fundamentals of the operations are still there. These fundamentals include an arithmetic logic unit otherwise known as ALU. An ALU performs the arithmetic and logic tasks with the processor feeding it the relevant information. This information is then stored to be moved on a control unit which has the job of getting and executing the commands using memory (AKA RAM). The ALU and all its subsidiaries then use the memory and it repeats the entire process over again as many types are required.

Modern CPUs have integrated circuits and microprocessors as their basis, with one or multiple MOS IC chips. There are microprocessor chips that have multiple CPUs; these are known as multi-core processors which are what most CPUs are today. On top of the physical cores themselves, they can have multiple threads. This is sort of a “virtual CPU” which also helps with processes. This helped alleviate the problem of how many transistors in a CPU are required down the line. An integrated circuit can also have all of the other parts in it. Having its memory, peripheral interfaces, and other components that typically make up a computer.

The earliest of CPUs needed to be completely rewired to perform different tasks. This earned them the name “fixed-program computers. One of the first leaps in computer technology was already thought up in an earlier design by J. Presper Eckert and John William Mauchly.

They didn’t initially go through with it as they wanted to finish the main parts and push it out the door to show to the investors. Once they secured that however, they implemented the stored-program computer which allowed the computer memory to be in the programs rather than in the physical wires of the computer. This meant that the tedious process of rewiring to perform different tasks was removed, only needing to change the contents of the computer memory.

This and other early CPUs were typically a part of the much much larger computer. This eventually led to the production of multi-purpose processors that would then be mass-produced which helped spur the development of minicomputers and transistor mainframes. Alongside the rise of multi-purpose processors was the popularization of integrated circuits. This trend of making the CPUs smaller and smaller while being more and more complex can still be seen today with CPUs that can match desktops being in cars, fridges, toys, and phones.

One of the most iconic elements of old computers was that they used vacuum tubes to switch certain aspects of the computer system. This then became obsolete with the invention of the transistor. Transistors had the same function as these vacuum tubes in these scenarios while being much smaller and more power-efficient. There were dozens or even hundreds of tubes in a CPU at the time though begging the question of how many transistors in a CPU?

Well, still a similar amount but being less fragile, smaller, more power-efficient, and just not as hot made it so that transistors would replace the old tubes. It also made it possible to push the boundaries on how many transistors in a CPU required as the technology would help reach numbers that were never even imagined with vacuum tube CPUs.

By 1964, IBM made its debut of the IBM System/360/ this was a computer architecture that was spread across the new series of computers IBM made. You may be wondering how many transistors in a CPU were placed in this time around? Well the IBM System/360 had 664 transistors. This architecture made it so that all these computers could run the same programs (with varying performance) This was a game-changer as most of the other computers at the time were not cross-compatible even among the same creator’s works. IBM pulled this off by using microprograms which are a buffer in between the hardware and software that allow for more complex instructions without having more complicated circuits physically. Although CPUs still use this today, it is found only in certain cases.

MOSFET or metal oxide semiconductor field-effect transistor is more commonly referred to as the MOS transistor. This eventually led to the MOS transistor; these would make it so that how many transistors in a CPU was a question worth asking at the time. It was made by Mohamed Atallan and Dawon Kahng. Its main advantages being its high scalability and low power consumption compared to others on the market at the time.

By 1967, Lee Boysel published an article that talked about building the equivalent of a 32-bit mainframe computer from several large-scale integration circuits. The only way to make LSI chips however was to use MOS semiconductors. This made it so that not all the major manufacturers hopped on right away as bipolar transistor-transistor logic chips were faster than MOS chips. With the production of silicon-gate however, MOS technology became faster and overtook bipolar TTL by the early ’70s. The question of how many transistors in a CPU is LSI is an important one to help understand the advancement in technology. Well as microelectronics advanced, the transistors on LSI ICs reached into the thousands.

The advancements in MOS technology paved the way for the microprocessor which was made in the early ’70s. The first commercially available one being the intel 4004 and the first widely used one being the intel 8080 outdid almost all of the other CPUs at and before the time.

Technical Aspects Of A CPU 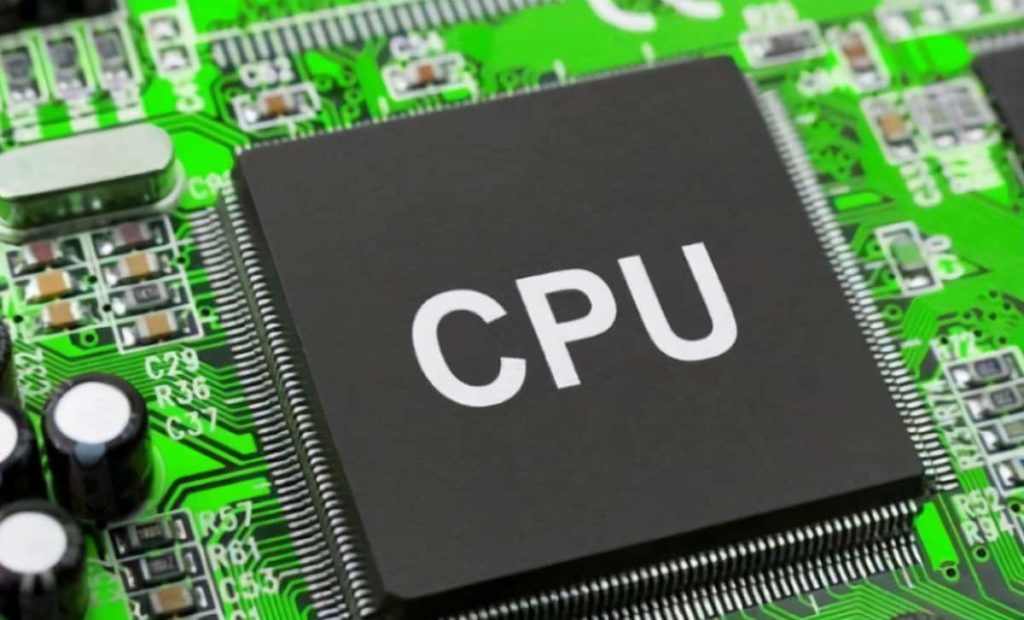 Now if you haven’t read the history or just skimmed through it then you might need a simpler way to visualize how CPUs work.

It starts with the chip itself, then through the circuits, then a logic gate, and finally the transistors. The first and last steps are both done with physical hardware that you can see and touch. The second and third ones are done behind the scenes in the computer’s architecture.

Which CPU Is The Best For You?

This question is not so easy to answer or does not have a straightforward answer. This is because there are various types of CPUs aimed at different work requirements. Let’s look at some of these.

For a graphic artist working on a desktop pretty much the most important thing for you is a good number of cores in your CPU. These are required for rendering especially if you’re at a professional level it is good to look for a good processor.

Of course, if it’s more of a hobby or you’re just getting into it you don’t need to blow all your cash just for faster rendering. The most balance between performance and price can be found in AMD Ryzen 5 3600 which has 6 cores. Being fairly affordable although pretty much the minimum you should have for reasonable working times. If you can break the bank though, consider an AMD Ryzen 9 9500x. While a high-quality CPU can help you improve your creative output, it’s also vital to have a proper monitor. Because what’s the point if your monitor doesn’t display your work accurately? A top-tier CPU paired with the best editing monitor can take your work to the next level.

Best CPU For Streaming Or Gaming

If you want to try your hand at streaming thinking your setup is adequate there are a few things to consider. The biggest being BOTH the CPU and GPU are being used heavily as real-time rendering is no joke and is very demanding.

On top of that, if you’re playing and doing tasks, it may affect performance drastically. Now while having more cores is also important for gaming there are diminishing returns once you hit 6 cores. Because of this, it is recommended that you get the AMD Ryzen 5 3600 as a good baseline for CPUs as it will perform adequately. If you can afford a better one though a good shout is the Intel i5-10600K as its cores are significantly faster meaning better performance. 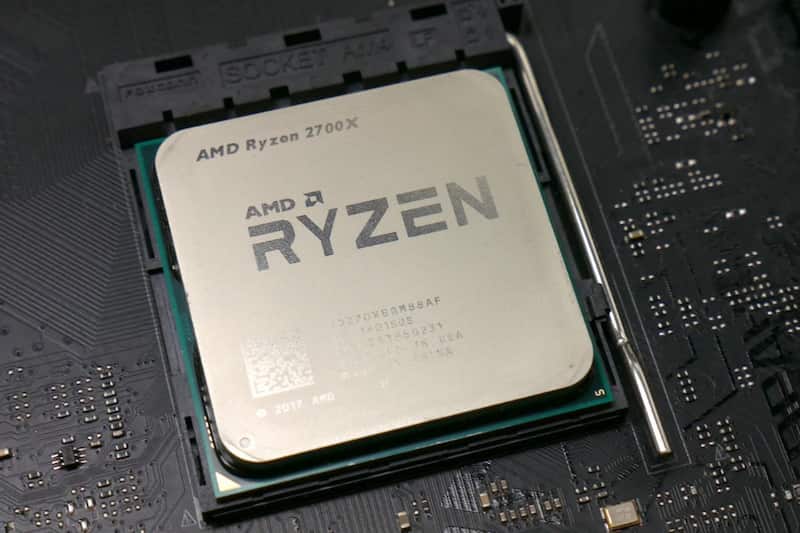 In this case, a good CPU helps a good amount but mainly with the speed at which you work. If you’re starting you may not need to upgrade as you’ll be fumbling around your DAW and whatever plugins you get. But for more familiar to professional users a good CPU could save a lot of hours.

Assuming you use the effects in the DAW itself and you want to hear the track fully, you’ll have to render it. This firstly can be a problem if your CPU is underpowered as the file might take some hits since the CPU can’t take the load. This can result in loud cuts in the audio where the CPU couldn’t render the effects and raw sounds well.

Secondly, the effects take a surprising amount of power from the CPU so if you have a sub-par PC it may take a while. In that time, your creative energy might get stifled or leave so it could affect your final product. It is a bit trickier here as Intel is the safer bet overall since several plugins are incompatible with AMD processors. So it is recommended to get an Intel i5-10500 even though it is pricier than AMD, it is a safer pick. If you can cough up a bit more money, choosing an Intel i7-10700E would be a good call.

As with the other visual medium, the CPU is essential in video editing as well. The core count heavily affects how fast you can expect to do work on the system. All modern editing software takes advantage of the fact that modern CPUs have a lot of cores to work with. So assuming you exclusively edit videos a good CPU should be your main priority. 6 cores or more should do pretty good for all modern resolutions. A good CPU for this would be an Intel i5-11400. Or of course a AMD Ryzen 5 3600.