The global information technology industry is worth over $5 trillion and is set to keep growing with a CAGR of over 4% over the next few years. So, if you’re looking to enter this arena or take your career to the next level, you are not alone.

Finding suitable IT roles is easier than ever with online job boards and the gig economy and remote working make it possible to tap into opportunities from around the globe. Before searching for vacancies, though, you must first determine which area of the industry you want to work in.

Here is a List of Most Demandable Tech Jobs in 2022

The best tech jobs within the industry offer great remuneration, stability, and future prospects. As well as mental engagement and enjoyment. Here are five of the most sought-after tech roles for 2022 and beyond.

A global network of over 10 million Java developers immediately highlights the importance of this programming language. It has been instrumental to the growth of online technologies over the past quarter-century and continues to serve as a central feature in the IT infrastructure of SMEs and enterprises around the globe. As such, it is one of the most well-compensated areas to work in, with mid-level Java developers commanding $96k to $132k per annum and senior java developer roles $127k to $152k. (Source: Tech Salary Guide). Finding vacancies couldn’t be easier with specialist tech recruiters like Motion recruitment who have 200+ Java Developer Jobs listed on their site.

Java requirements and applications have evolved in recent times as companies hire front-end development teams and look to cloud-native development. This has subsequently created a plethora of new opportunities for experienced and inexperienced Java developers who know how to tap into new landscapes.

As a Java developer, you will play a significant role in improving the tech infrastructure of your employer or clients. In many cases, you will be tasked with combining both front-end and back-end elements to deliver consistent results that serve as a catalyst for ongoing business growth while simultaneously facilitating a friendly UX for the end-user – whether it be an in-house team or a consumer.

A shortage of software developers has seen 69% of companies struggle to fill positions including java developer jobs. So, you have never been in a better position to leverage your talent to land your next role. Data engineers are another group of experts who are currently riding a wave of high demand. In fact, there was a 50% increase in 2020, and the upward trend has continued in the two years since. Given that data analytics are now used to guide virtually all business decisions, from marketing strategies to manufacturing practices, it’s not hard to appreciate the value of data engineering.

Experts in this field will lay the foundation for ongoing data analysis and data science by building and implementing the systems needed to collect and assimilate raw data before presenting it in a usable fashion. Therefore, data engineering jobs are in high demand as companies need accessibility so that information can be efficiently evaluated.

While it is primarily up to data scientists and analysts to determine business decisions based on the managed data, it is the engineering elements that enable companies to learn more about customer habits and internal procedures in an automated way. The systems created by a data engineer may subsequently be developed for use in a variety of online and offline settings.

Data engineering jobs regularly pay $100-$150k while the growing demand for remote-based workers is another attractive feature that can help you tap into positions that would have previously been unviable.

Cloud computing has witnessed a phenomenal rate of growth in the past decade and is now used by 94% of enterprises as well as the majority of SMEs. While it is an essential tool for facilitating real-time collaborations and has been a saviour throughout the pandemic, the threat of data breaches and cybercrime remains strong. As such, the demand for cloud security experts has shot through the roof.

When looking for cloud security jobs, you’ll notice that there are roles specializing in each of the main cloud platforms. The list includes Microsoft Azure, AWS, Google Cloud, IBM Cloud, Cloud Linux, and Oracle. Whichever platform an employer uses, it’s likely that they will pay a six-figure salary for cloud security officers. It is one of the most stable jobs too as cloud security is an ongoing issue.

As a cloud security professional, your role could be related to software development and architecture, cloud security engineering, or data analysis. As well as working with the right systems and infrastructure, educating users about the potential threats is vital as almost 90% of all breaches are linked to human error.

Cloud security jobs aren’t only in high demand right now. As more and more small companies make the transition, they will need to hire security experts. If they allow a breach to happen, there is a 60% chance that they will stop trading. DevOps is defined by Atlassian as a “set of practices, tools, and a cultural philosophy that automate and integrate the processes between software development and IT teams” and has played a significant role in business since 2007. Its application can promote smoother collaborations and improve a company’s IT culture through automated technologies. As such, the demand for DevOps jobs is greater than ever.

If you have a background in DevOps or related fields, now is the time to take the next step up the career ladder because you can be paid very handsomely for doing so. Agile practices require efficient planning, building, integration, monitoring, and revising to ensure that the systems and infrastructure perform as expected for the long haul

As well as understanding the relevant tools, you’ll need to feel confident with security, cloud tech, coding and scripting, testing, and more. Crucially, you should display a solid ability to communicate and collaborate with employers, clients, and colleagues while also showing a proactive customer-centric approach, it will often include using feedback in a productive way.

Agile, DevOps, and ITSM are the top three disciplines or frameworks adopted by enterprises in 2020 and they continue to dominate. If you are looking to upskill in a suitable area before taking your career to the next level, this is a fantastic solution.

Finally, network engineering are another attractive prospect. Whether looking to jump straight into a network engineering role or study for a Master’s in this discipline, the earning potential is huge. It is another part of the tech industry where stability is virtually guaranteed. Furthermore, the growth of wireless networking ensures that there are plenty of opportunities for anyone who successfully develops the skills needed to thrive in those relatively new roles.

Network engineers can work with traditional networks, VPNs, wide area networks, or wireless networks. You may need to plan, design, build and implement the network – covering a range of aspects from hardware to configuration. The ongoing maintenance and regular upgrading may also be needed, although many engineers focus on the implementation aspects.

While many network engineer jobs are focused on CISCO platforms, you may need to familiarize yourself with alternative platforms. Either way, the demand for jobs in this field is very consistent and now includes a growing volume of remote-based roles as well as site-based opportunities.

Networking engineering jobs pay an average of around $75-$80k, although many more senior roles comfortably surpass $100k. Given the value that networks bring to a company, employers are happy to pay.

How to Become a Cyber Security Analyst 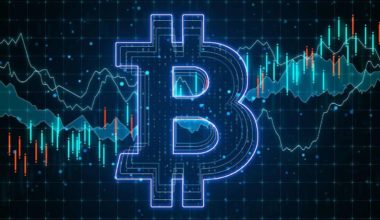 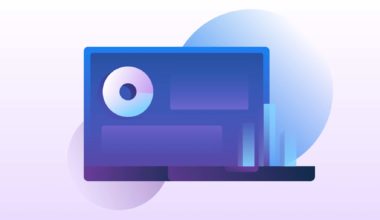 Read More
Table of Contents Hide The uber aggregatorSpeaking at Digital EastSuccessful communities are like an omeletA real-time lab Slashdot,…