What Is Cloud Hosting? A Beginner’s Guide

Most of us are familiar with “the cloud”, but its ongoing impact not just on the way we do business but the way we live our lives can’t be overstated.

For instance, almost half of us now work remotely at least part of the time, but without cloud technology that wouldn’t be possible — or at least, it would be far more difficult. Envisioning a future where driverless cars are commonplace on our roads? That couldn’t happen either without cloud computing. Ever-evolving and creating new possibilities, the future will be driven by cloud-based technologies.

Right now, there are estimated to be around 450 billion active websites in the world, with 94% of businesses now using at least some form of cloud technology; companies like Netflix, Fitbit, and PayPal all use the cloud to deliver their services to their users. But how does cloud technology facilitate the hosting of billions of websites daily?

In the following post, we’ll define cloud hosting, delve briefly into its inception, understand how it works, and highlight some of the key benefits. If you want to go more in-depth and learn more about the popular managed cloud servers, check out this link.

What Is Cloud Hosting? Unlike traditional hosting, in which all resources for a given website or application are deployed on a single server (whether dedicated or shared), cloud hosting uses virtual servers to spread the demand across various real servers that don’t even need to be physically adjacent. The term cloud fits because these virtual servers are fundamentally amorphous: you can reshape and move them at your leisure without losing anything.

Cloud hosting is just one component of cloud computing in general, which uses the aforementioned virtual servers to distribute access to processing power and key software provisions. Today, we lean on cloud computing all the time: whenever you open up an app on your phone or use an online graphics editor, you’re using remote resources.

Vivek Kundra, former federal CIO of the United States, employed a neat water-based analogy when asked to explain the concept of cloud computing: in the past, he explained, households, villages, and towns often had access to water via isolated wells, meaning resources were limited and less than sanitary. Today, however, we share public utilities, allowing ready access to clean tap water. Like cloud resources, tap water is available 24/7 and only costs you when you actually use it.

In 1969 (the same year as the moon landings, incidentally), J. C. R. Licklider spoke of an “Intergalactic Computer Network”, envisioning a world of interconnected computers where information was accessible from anywhere — a notion that seemed fantastical then but which is now very much a staple of our modern lives. The ARPANET (Advanced Research Projects Agency Network) which Licklider helped to develop was a primitive precursor to the internet and a foundation upon which cloud computing is now built.

It wasn’t until the late 1990s, however, that cloud computing started to gain traction and popularity; for instance, in 1999, Salesforce began pioneering the idea of using the internet (well established by this time, of course) to deliver software to end-users. The software could be accessed by anyone, from anywhere, providing they had internet access, meaning businesses could purchase on-demand programs and applications without having to install physical software. By the 2000s, Amazon had launched its Amazon Web Services, a cloud-based data storage solution that now reportedly hosts over 9 million live websites.

Nowadays, one of the most important factors in cloud computing is scalability; that is, the capacity and flexibility to scale up resources to increase bandwidth and performance. This is reflected in the success of highly-adaptable cloud computing providers such as Cloudways (primarily a WordPress hosting platform that launched in 2012), with their hugely-flexible solutions backing growing businesses. Even tech giants like Microsoft (with its Azure hosting package) now offer future-proofed cloud hosting solutions that scale as businesses do.

How Does Cloud Hosting Work? We can understand how cloud hosting works a little more clearly by separating the process into front-end and back-end functions; the front-end enables a user to access data stored in “the cloud” using an internet browser or cloud computing software, while the back-end — comprises servers, computers, and databases — securely stores that data and information, allowing it to be accessed at any time. A central server uses software called middleware to seamlessly connect multiple devices via the cloud.

In cloud computing, there are generally three different types of delivery models: public, private, and hybrid. The public cloud is most common (used by the aforementioned Amazon and Microsoft, as well as Apple and Google) and is, as the name suggests, accessible anywhere using a login. A private cloud, however, is dedicated solely to a specific organization (so the infrastructure needs are determined by the users of the service), whereas a hybrid cloud is a mixture of the two, allowing seamless movement of data from one to the other as needs dictate.

What Are The Benefits Of Cloud Hosting? We’ve briefly touched on scalability, one of the chief benefits of a cloud hosting solution when compared to traditional hosting models. Because cloud computing is spread across multiple servers rather than a single one, bandwidth is near-limitless, meaning that storage capacities, processing power, and networking capabilities can be scaled up (or down) quickly and easily using existing infrastructure, resulting in little to no downtime and avoiding mammoth additional costs. Using a traditional hosting solution, this process would likely take several weeks and come at an eye-watering expense.

Another benefit is the increased server uptime afforded by a cloud hosting solution. As you’re using a series of interconnected servers rather than a single one, there’s no single point of failure; if a server goes down or fails to process a request, another available server simply steps in and takes over, meaning minimal downtime or loss of performance. In a traditional hosting model, any failure is likely to result in a website or application being unavailable for an extended period since there’s no backup server to save the day.

Then, there’s the increased security of a cloud model; in fact, Salesforce claims that 94% of businesses see an improvement in security after switching to the cloud. You may assume the opposite is true since your files and programs are shared among servers and remotely accessible, but using an in-house server means the responsibility of securing your data falls on you. Using a cloud hosting solution, security updates are routinely and automatically applied as part of the service, employing an established infrastructure that applies several layers of protection and provides secure, encrypted solutions throughout.

We’ve touched on just some of the advantages of cloud computing here, but there are myriad others: see the benefits offered by IBM’s cloud hosting solution, for example.

To conclude, it’s clear that cloud computing and cloud hosting are intrinsically part of our future, creating a world that’s more interconnected than ever. If you’re looking for a reliable cloud hosting solution for your business, there are a number of options that offer versatility, scalability, optimized performance, and improved security. 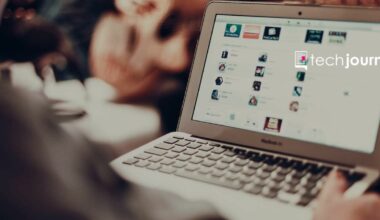 Read More
Table of Contents Hide Why Do We Need Web Hosting?How To Start A New Website? And Why Is…
HHosting 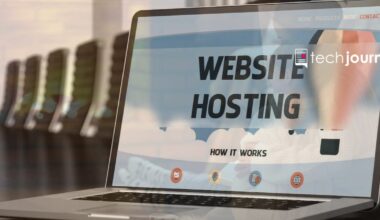 Read More
Table of Contents Hide What Is A Backup Policy And Why It’s Needed?The Role Of Web Hosting BackupThe…